So I challenged myself today, some may find it a small thing but I know some of you don’t just understand this one, but live it every day just like me.  I live with 4 other veterans and once a month I have to do the weekly food shop, you may think what’s the big deal about that?  well try it with PTSD hypertensive anxiety and a fear that I’ve found unrivalled during my adventurous life to date.

I’ve written before about my problems with busy supermarkets and some of you know what that excursion entails.  but for those who don’t I’ll recap for you.

I haven’t been able to safely go shopping for years, the problem is that its just too hectic, too many things going on at once.  the amount of people, all of the different sounds, people moving at different speeds around me, children screaming, lights flashing and trolleys clashing.  It only takes one of those triggers to send me in to internal panic, culminating in fight or flight, but generally paralysed, stuck to the spot and making escape plans, looking for the fastest route out of there, but unable to move  The other scenario is a flashback which isn’t very safe for anybody really.

On these trips I’m normally accompanied by a psych nurse or professional, just in case I have a wobble, shes there to bring me out quickly.  We aim to be there at the moment it opens so that we beat the madness and always the smallest shop, in this case Aldi.

I decided that on this trip, originally planned for Monday that I would try a busier time and it was agreed we’d go for about 1100 hrs.  It turned out however that my chaperone had double booked and was unable to come that day and could only do Tuesday at the regular time, first thing in the morning.  This left me feeling a little deflated because I’d built myself up for this challenge and it’s a very big one even for ME to do.

After thinking about it I thought ok, if we’re going that early then I’m going to push myself and set myself a new challenge.  I decided that I’d do the shop alone and with the nurse outside….

Tuesday came, stomach twisted with anxiety, full of dread and sweating profusely we left.  Upon arrival the nurse said if I’m going to do it then I’m doing it properly, completely alone, no safety net and with that my backside fell out as I watched her drive away….

The car park was empty, great!  I looked at the doors, took a deep breath and pushed the trolley through.  There was only a handful of people there at that stage so I was in luck, I needed to get a lot from the first aisle which wasn’t busy, but its where all traffic has to come through so with my blinders on I moved down that runway faster than a contestant on supermarket sweep.  As soon as I was clear of that I could actually slow down and look at what was around.  By the time the heard started to file in I was already half way round the shop, awesome, they won’t catch up now, but they did when I got to the checkout.  After becoming kind of comfortable to this point, the feeling of dread hit me like a shovel to the face and took me off guard.  NO!!  I can’t go down now, I’m nearly there!  With that I just shut my eyes for thirty seconds whilst waiting for my turn, it felt like forever but it really wasn’t.  The guy in front rolled his trolley away and i loaded up the conveyor which took a long time, as you could imagine shopping for 5 men for a week is a lot of goods.  once I’d finished I looked up and the queue behind me was starting to snake up the shop which set me off again, this time though I decided to just focus on the packing, the noises started to grab my attention and I found myself getting the twitch every noise pulling my attention towards the sound.  This is normally where I start to become hypersensitive and panic stations kick in but luckily I was finished and couldn’t get out fast enough.  Once out it tasted like the freshest air I’ve every breathed, heart was pounding and I took stock for a second.

I’d done it!  I’d achieved what I thought for years would never be possible.  I’d overcome one of my biggest fears and it felt amazing.  The feeling of satisfaction and pride that 99% of the time eludes me, was now racing through my veins as if it owned me.  Not bad for a bloke full of self loathing and hatred.  Today I took control back, I pushed myself in my quest to be well again.  Rather than accept that my challenge would have to wait another month, I upped my game, took myself out of my comfort zone and made an achievement that I never thought possible, it just goes to show you that if you want something bad enough, you can accomplish anything you set your mind to.  No it wasn’t perfect but do you know what?  It will be next month… 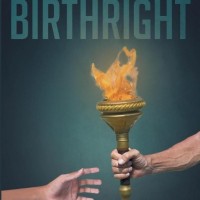 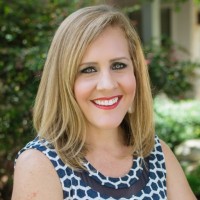 A Daily Dose of Inspiration for my fellow Jews

A Daily Dose of Inspiration for my fellow Jews

Finding joy and purpose through healthy healing, after heartbreaking loss.

Thoughts on Life, Lust and Longings